Founded in 1972 on the Sunset Strip by comedian Sammy Shore, his wife Mitzi, and writer Rudy DeLuca

For 46 years, The Comedy Store has cultivated and celebrated the artistry of stand-up comedy. Founded by comedian Sammy Shore in 1972, the late Mitzi Shore took over the club in 1974 and turned it into the birthplace for a generation of comedians who began their careers on the Hollywood night club’s stage, many who went on to become stars. It is the first and greatest all stand-up comedy night club in the world.

The den mother of some berserk Cub Scout pack.

Speaking of Mitzi Shore, who many regard
as the godmother of comedy 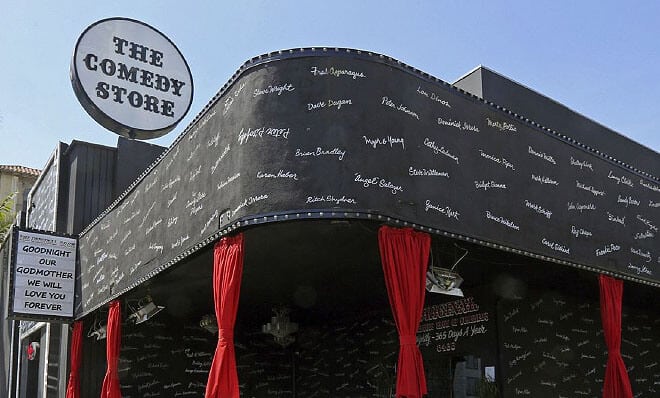 “The den mother of some berserk Cub Scout pack.”

Speaking of Mitzi Shore, who many regard
as the godmother of comedy