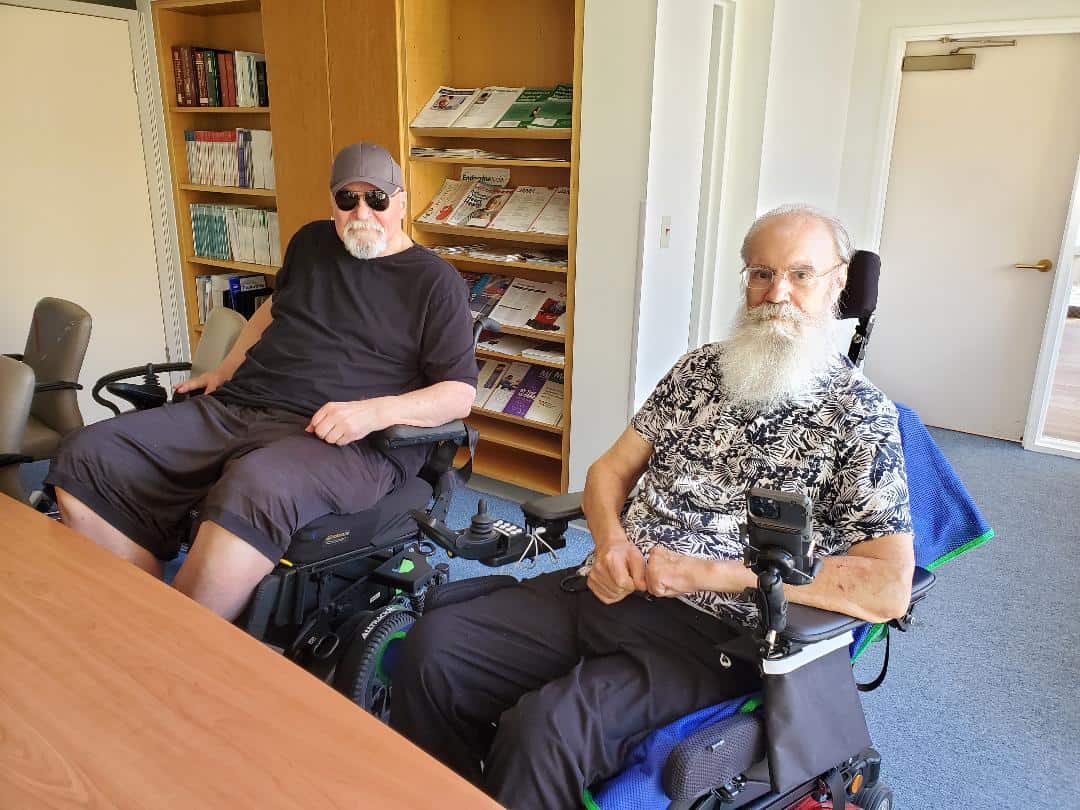 “You two are out causing trouble!” That’s the joking reaction you can hear sometimes on campus when a special pair of friends is out cruising around on their motorized wheelchairs. A bond formed quickly earlier this year when resident Dave Pierce, who worked for nearly 30 years in studio transportation as a member of Local 399, met a nearby neighbor, Steven Reynolds, who was in sound recording for over four decades. Born in Glendale and a football player in high school, Dave was in a physical rehab facility in his birth town when his sister said he might be able to move to the MPTF campus: “When I found out, I thought that would be great!” His new social worker, Tiffany Lawrence, “worked her magic” and showed him around campus. “It’s amazing,” he says.

Originally from Oregon, Steven had been at three nursing homes over two years; he was also elated when he was told he’d be able to move on campus. “Steven had an electric chair like mine,” Dave says, “so I thought hey, this is cool. Maybe we’ll cruise around – which we did!” The two play cards together, frequently joined by a volunteer, and love exploring the campus, but a particular bond they have is football; as Steven explains, they love “college or pro. Dave is an Angels fan, but that sucks this year!” Together they’re a healthy demonstration that you can find a best friend any time in your life from all walks of the industry, and we’re so proud to have brought them together. Click here to find out more about living on campus. 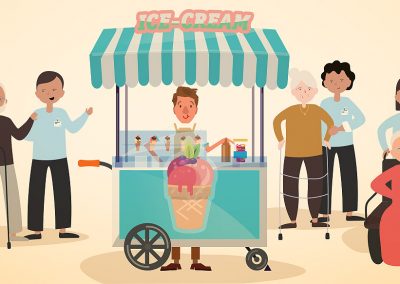 Donald Desmond is a resident in the Goldwyn Lodge on the iconic Motion Picture Home campus and a gift to everyone around him. 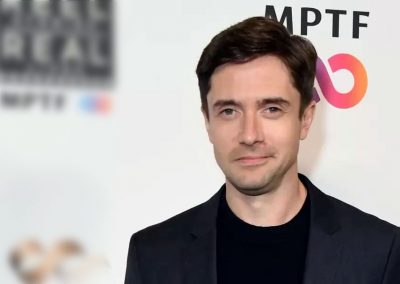 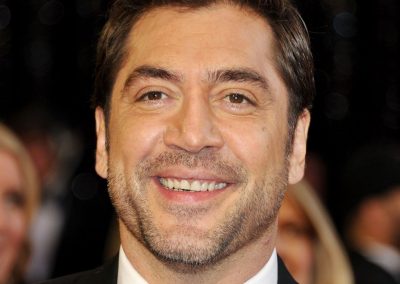 Oscar-winning actor Javier Bardem appears on “Inside Hollywood with Hawk Koch” on March 1, 2022.